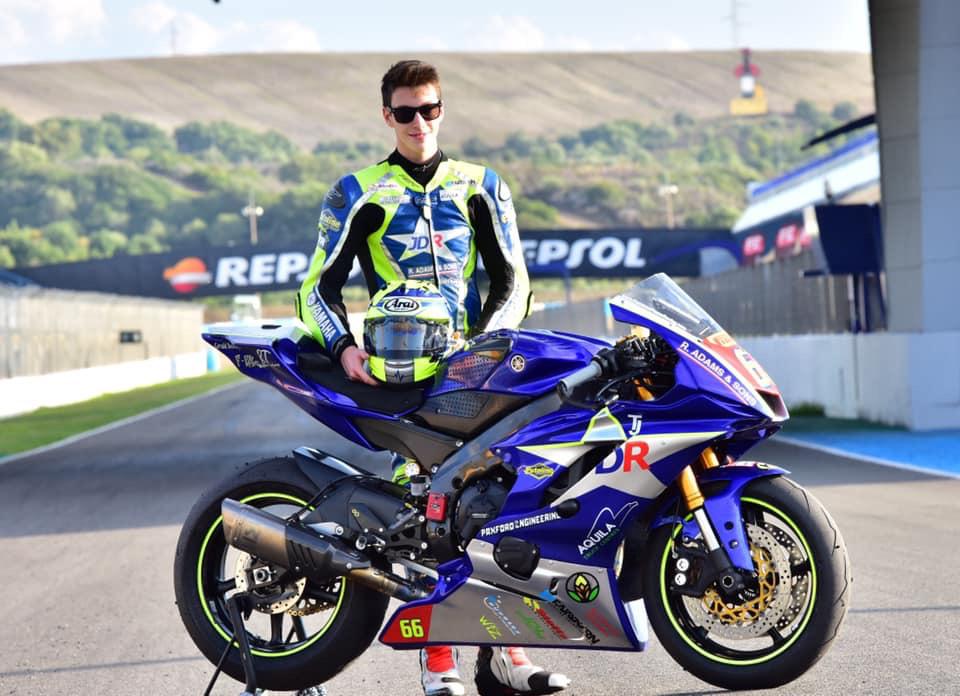 Cameron started his 2018 season with his Jones Dorling Racing team at the BSB Pro-Test in Cartegena, Spain at the beginning of March.

After the successful test, the British Superstock 600 Series kicked off with round 1 at Donington Park GP Circuit in April, experiencing a multitude of conditions and a few problems with the bike itself, it was a race meeting where a lot was learned. Throughout the Season Cameron had a mixed bag of results being able to run higher up the field at certain tracks, but struggling in others.

After the season had finished, looking already into the 2019 season, Cameron and the team went out to Jerez, Spain (in October) for an end of season test to gather useful information and experience some better weather, all be it rained on 2 out of the 4 days.

The test was very insightful, with Cameron and his mechanics learning a lot in preparation for the 2019 Race Season where he will hope to keep improving throughout the year and build on his experiences from 2018.